The traffic along the High Road in Chiswick ruins the lovely villagey character and cafe culture that Chiswick once had. Sitting outside the High Road Brasserie I’m struggling to hear my companion over the noise of a truck accelerating past and the delicate flavours of my blueberry pancakes spoilt by the taste of diesel fumes in the air.

How will we ever return Chiswick to calmer more civilised place for humans?
Well good news – Will Norman and TFL have the answer. Through their mini-Hollands programme, they have managed to tame Kingston and car controlled Walthamstow and make them clean, green and spaces fit for humans to live, breath and unwind in.

TFL has the bold goal to make 80% of all trips in London by foot or by cycle which also has the side-effect of removing the noise and pollution of cars and trucks from our London streets. The side effect of these schemes and #CS9, in particular, is that ‘rat-running’ cars, on the increase now thanks to the WAZE and Google Maps apps, will be cut off and blocked from racing down our side-streets to cut through to the A4.

Already in central London 460,000 km are cycled every day – imagine how London would feel if these 150,000 daily trips were carried out by car rather than by cycle?

Cycle Superhighway 9 is just a tiny part of a bigger brighter safer and greener future for Chiswick and given the predicted increases in population and traffic in London, endorsing and supporting TFL’s vision for a nicer Chiswick is the only way we might return to the Chiswick we all want to work and live in.

TFL need your responses to their consultation before the end of October. Have your say here – and vote yes:
its go-ahead depends on you.

Following on from the debate about #CS9 at the George IV on Tuesday 17th October I’ve been thinking about the following points. 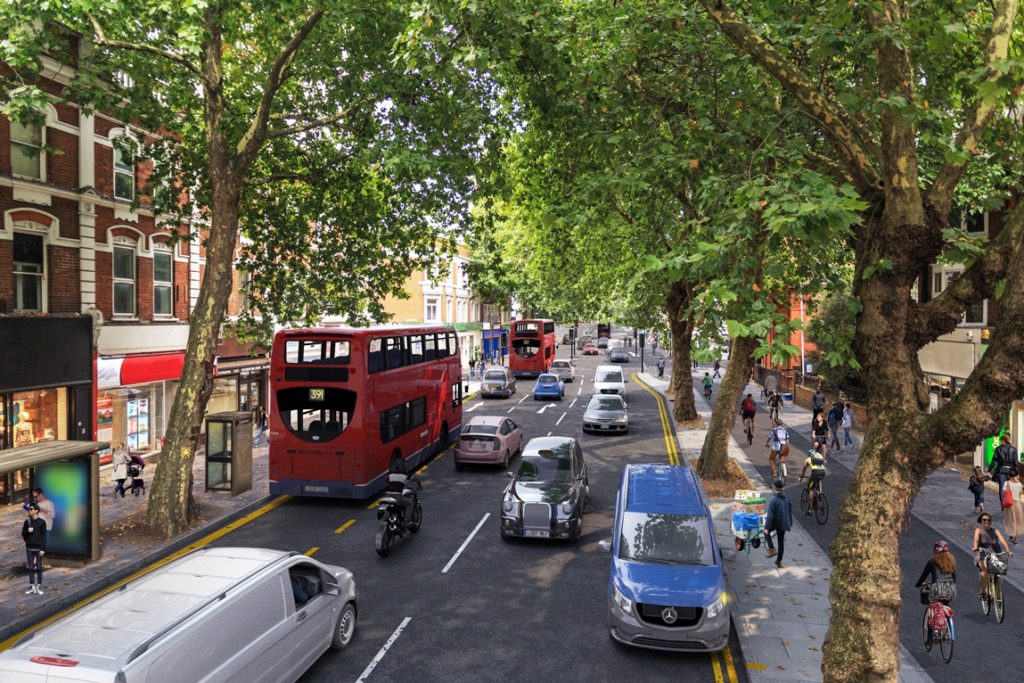 There were also three very strange but obviously genuine fears from the local community:

In summary, a cycleway should be built along the Chiswick High Road to save people like you and I who bike to and from work in Chiswick from serious harm and possible death.

So let’s build #CS9 along Chiswick High Road and make Chiswick a safer, quieter, greener space for all.

Have your say here – and vote yes:
its go-ahead depends on you.